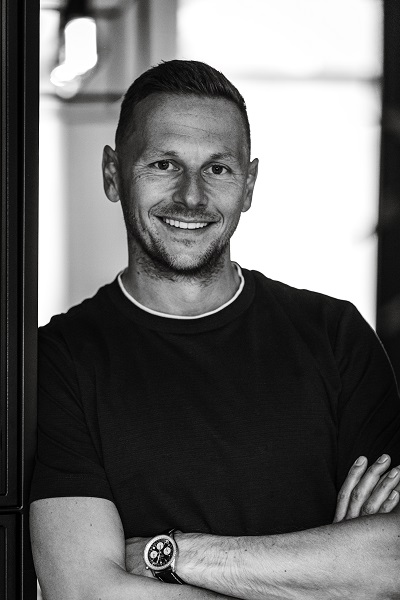 When I was 16 I became interested in investing through my Economics (trade) teacher in high school. My teacher regularly boasted how he had made money for the entire family by buying shares of ASML for around 6 guilders (€3).
I sometimes think about the best man because I think like so many of us he sold his shares too early. With the current price of 524 Euro, he could have made a return of 19,000% and the entire family would have been a multi-millionaire.

I myself became more and more interested in the AEX (most important Dutch stock market index) in particular and after a year of trading on paper I wanted to invest 500 guilders (€250) in the KPN (biggest telecom company in The Netherlands) share. To do this, I had to make an appointment at the bank with an employee of the investment department. When I arrived at the appointment, the conversation lasted about 5 minutes.

I told my vision that KPN’s share price was under heavy pressure due to the bankruptcy of KPNQwest (joint venture between KPN and American Qwest) and the bursting of the internet bubble, but that the government would never allow the supplier of the fixed telephone lines to go bankrupt. The price was around 4 guilders and that seemed to me a perfect moment to get in after the huge crash.

Unfortunately, the bank employee disagreed and thought it was a bad idea for someone my age to invest in the stock market. What did my parents think of this!? I told him that I talked a lot with my father about it and that he had just advised me to visit the bank.

The employee indicated that KPN would be a bad investment because they would soon go bankrupt and I could not exchange my 500 guilders (€250) for KPN shares. Disillusioned I went home, how angry I was! How could it be that if I wanted to invest my own money the bank could decide that this was not possible.

I think this is where my slight aversion to banks started..

Fortunately, technology and the internet soon brought the solution. I found out that two smart men, in combination with a bank, had set up an online platform that made it possible for individuals to trade on the AEX through an online dashboard with real time prices.
I was in all states, with this I no longer needed the bank to invest my money and I could even trade in real time. After my first successful trades through Alex (later taken over by Binck bank) my father also invested some money and my wealth grew with trial and error.

Besides the fact that my trades were not always perfect, the platform also regularly did not work properly. At key moments, the platform crashed regularly, making trading impossible at that time.

Still, I started trading more and more and with the money I earned and left over with my own online marketing company, I invested more and more and traded with larger amounts. You could trade with Alex with a leverage of 3 and that’s how I built my wealth to over €100,000 and I made trades of €300,000.

With the larger amounts came more pressure and the need to be on top of the market because in addition to successful trades where I once earned 22k in less than half an hour, there were of course also loss-making trades and the balance had to be positive.

I became more and more obsessed with acting and almost lost myself completely. I got up with trading, I went to bed with trading, I dreamed about trading and if I once went out because my then girlfriend also demanded quality time, I was constantly with my phone in my hand to refresh the stock prices.

That didn’t go well and I noticed it myself. I also started to get tired of it, it controlled my life and the numbers on the screen could no longer give me the moments of joy that I had before when I closed a successful trade.

All of this coincided with the start of the financial crisis and after 3 consecutive loss-making trades (which had never happened to me) I took the plunge. I stopped trading.

In retrospect, it was a good choice in several areas because I was often long (convincingly a bull) and the AEX fell to +/- 400 around that time and the bottom was at 220. Stopping trading provided a lot of peace of mind and I could fully focus on my company which also developed very nicely.

Ok it took some getting used to having customers and days without 10k+ in profit, but it also brought more dynamics into my life, which was mainly at home behind the screen.

On King’s Day 2016, an acquaintance of mine who worked in IT told me that a friend of his was mining Bitcoin on a large scale and that this was going to be the future. Now I had certainly learned something from Bitcoin and bought Bitcoin myself once for placing an online advertisement, but the cumbersome purchase system and the associated costs in relation to the price had not made me very enthusiastic about this. Yes it was a nice idea but a Euro is a Euro and I bought a piece of Bitcoin from a private person from America and received my share half a day later and after paying something like a 10% commission fee.
Yet my interest was triggered and the more I started reading about Bitcoin, the more convinced I became of the idea. It took until 2017 but when the masses started to pick it up and the price exploded, I bought my first Bitcoin for €2,500.

Then I bought 12 more and sold them too early. A nice return, but I wanted to use the money to realize a dream, my own lodge near the Kruger Park in South Africa. Nowadays I am co-owner of the Kruger Cliffs lodge , a place where we return every year to escape the rat race in the Netherlands.

In addition, it enabled us to travel the world for 5 months, an unforgettable experience that I am grateful for to this day that I was able to experience that.

Once back in the Netherlands in 2018, the crypto market was not doing very well and I only traded now and then, also so as not to fall back into the old pattern. I did see that there were countless opportunities in the crypto market and that bothered me that I did not do enough with it in my opinion.

I was looking for a way to automate trading. This resulted in a lot of trying and testing with the knowledge I had gathered in the past and I learned many lessons.

The crypto market is completely different from the stock market, although this has recently become less due to the maturing of the market. “Adult” That immediately covers the charge, because the crypto market was mainly 1 of the many young people who pump their student finance into crypto and then expect returns of x50 and x100.

A madness that made many people also skeptical about Bitcoin and Altcoins because it can also go x-50.

What struck me most was the enormous volatility of the crypto markets. Despite the fact that days of 10-20% rise/fall are less common, there are still significant peaks and troughs in the market on a regular basis.

For me, this resulted in a view in which you could mainly benefit from that volatility.
I discussed the theory with 2 other successful traders and together we started building the perfect crypto trading bot.

You can read how this worked out in the business vision below.

A long story, but I thought it was essential to share my personal vision with you, and I’m also curious about what people with similar interests share, because that is one of the main reasons for this website.

You are reading this now so please share your story via the Telegram group, the socials or the mail. I like to spar with like-minded people and I am also open to a different vision that, in addition to personal growth, may also take our trading bots to a higher level.

With the 3 of us we started testing bot settings until we got to settings that greatly reduce your risk and still be profitable. Once we had this done, we thought it would be interesting to offer this more widely in the market. We came to the conclusion that this bot was not only interesting for ourselves, but for many people who do not have enough knowledge or time to delve into crypto trading, but who wanted to take advantage of the opportunities that lie in this market.

Too many people are now losing money with crypto because smart traders are tricking them. With our bots you can arm yourself against this and join these traders. With all the financial changes that are currently taking place, the ordinary citizen is the main problem and crypto is a way to hedge this.

The slogan of the past and for the coming years has been: “Buy everything that the government cannot print” Only in this way will you be able to arm yourself against a money press that is continuously on and ensures that inflation is high and your purchasing power collapses .

With this bot, we ensure that people have the opportunity to achieve this in an easy way that takes little time and thus can work towards a future that ensures financial stability and security.

We hope you enjoy the crypto trading bot as much as we do and appreciate every feedback we get. That helps our community further so that we can excel in the challenging and promising times!